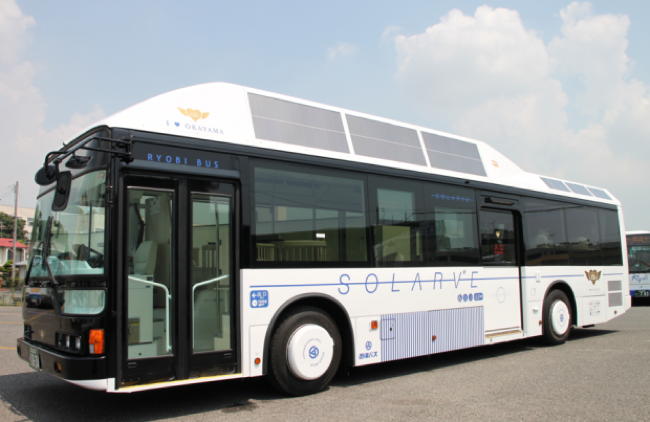 The Solarve’s unique feature are the solar cells on its roof that absorb energy for the bus’ interior LED lights. Aside from lighting, the cells also run the air purifiers that keep pollutants and other impurities from disturbing the passengers inside.

In case of an overcast or rainy day, the Solarve packs enough storage batteries to keep things smooth for nine hours.

Essentially a diesel-electric hybrid, Solarve was unveiled recently to commemorate the 100th anniversary of logistics company Ryobi who will operate the busses. Solarve is expected to be plying the commuter route by September 1 and it’s believed that the hybrid will soon be powered by green fuel alone.

While it isn’t as cool as that massive highway-straddling bus concept from China, perhaps the recent economic straits of Japan can explain why Sanyo have settled for a humble hybrid.