Whether it’s cheap laptops or reusable clothing, it seems anyone who wants to make an impact as an inventor these days should address the developing world. This seems to be the general trend as each week there’s news of a gadget whose sole function is to provide energy efficient sustenance for poor families. Not that it’s wrong, but this wave is indicative of the direction game changing breakthroughs will be going for the foreseeable future. The LuminAID is no different. Conceived by two architecture grads from Columbia in New York, the LuminAID is a super-portable lamp solution. 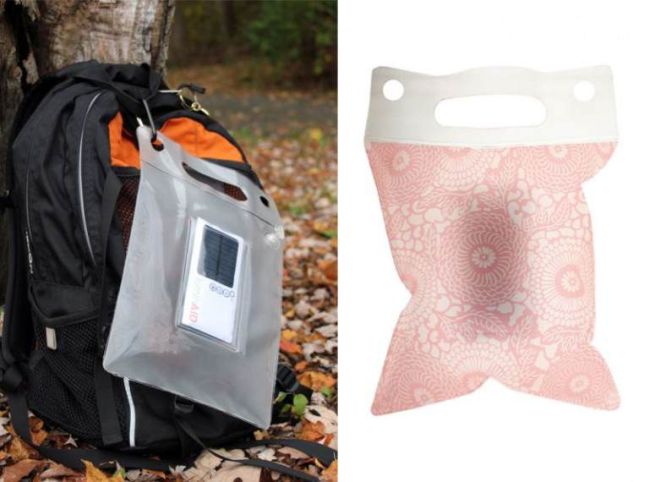 The LuminAID is powered by a solar panel embedded within the waterproof material it comes in. There’s a carrying handle for easy transport. A dot matrix and built in LEDS make sure the resulting illumination is nothing short of divine. The good news is LuminAID goes four hours straight given enough charging time (four hours under the sun will do).

IndieGoGo are already selling the LuminAID and a pledges scale allows customers to sponsor donations.