Ah, designers; you’ve really got to admire them. No other professionals on earth work so hard at combining the natural world with the man-made.

Such a marriage has created the Snowflake Speaker by Sylvian Gerber. As its name suggests, it’s inspired by a snowflake. It doesn’t come in white though, as shown by the promo pictures. 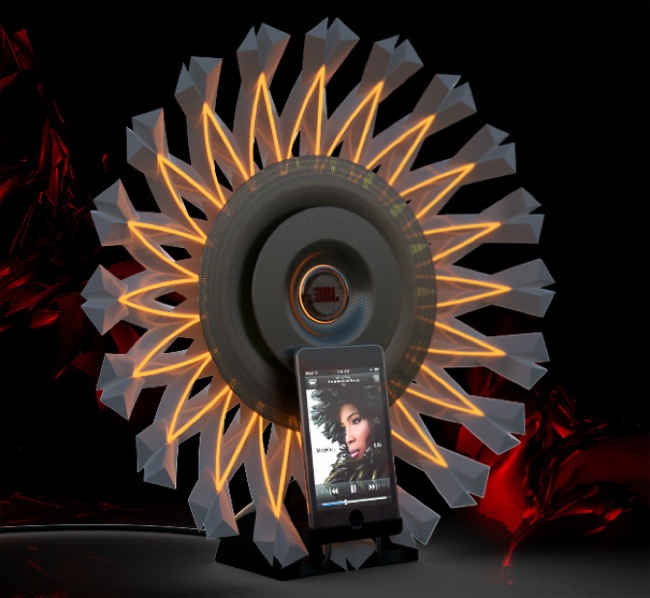 By utilizing flat membrane audio technology, most of the speaker’s parts are conveniently hidden at its base and all the user sees is a brilliant light display that glows along to the music. That’s an iPhone/iPod Touch port at the bottom, by the way.

Since this is still a product concept, don’t expect a Snowflake Speaker to debut in a retail outlet near you. When it does however, it would be cool to grab one for the sake of showing your friends your idea of great music isn’t confined to a stuffy square monstrosity that only comes in black (these would be your traditional speakers). Those lights… so hypnotic…