Ah, Predator. The most underrated sci-fi horror franchise ever. In fact, the only time Predator got any respect after the first movie starring Schwarzenegger is when it got mashed up with Aliens. If we’re not mistaken, said mashup is still very lucrative for the franchise, seeing the success of its movies and video games. Now get a load of this incredible Lego bust. Classic! 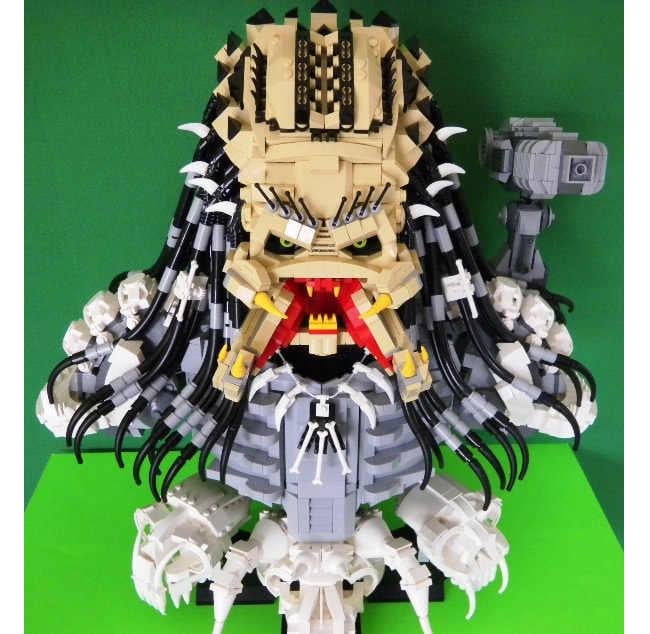 The Predator franchise also has a few glaring faults of its own. A cruel species with hardly an origin tale to back them up, Predators are these weird intergalactic hunters with dreadlocks and fishnet stockings. It takes a lot to make them look killer. Well, that mug does the trick, apparently.

Fortunately there’s a whole lot of killer in each Predator judging by the first movie alone. Seen above is an incredible bust made by Shawn Snyder of an unmasked Predator complete with trophy skulls and the fearsome shoulder cannon.

The best part is the cannon, which can pivot a little and be pointed up or down. Check out a whole gallery focused on this bust over at the source link.