‘Supposed’ because at this point it’s little more than a concept, though its function is pretty straightforward. It’s a tool for assessing a subject’s health, armed with the kind of software whose read out would render a trip to the doctor pointless. The gadget is from the year old startup of the same name headed by Walter de Brouwer. Based in California, Scanadu is aiming for a 2012 release for households, where parents can use it to look after their kids. 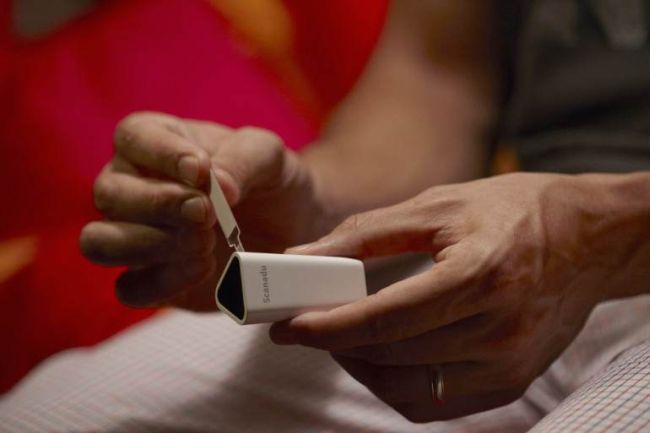 The Scanadu Tricorder (allegedly inspired by Star Trek), works in conjunction with a smartphone. it offers a diagnosis based on the subject’s vital stats. This is the concept since core specifications are unavailable.

It’s also quite telling that the NASA Ames Reserach center is HQ for the startup Scanadu, perhaps indicating that somewhere down the road, the Scanadu’s technology will make it to a starship on an interstellar journey.

The Scanadu Tricorder is barely a product at the moment and in its quest for funding, Scanadu is now one of the contestants for a coveted $10 million X-Prize for health tricorders.

At least there’s a trailer available to give a better idea of its use: