Seen below is a thumbs up for ‘Evil Accomplished.’ The person thumbing up His Wickedness Sauron is Kevin Walter, secret Nazgul disciple and Orc in human form. Nah! Kevin Walter is safe. He is a human obsessed with cool builds, hence this ambitious Lego build whose power would be felt in the Shire, New Zealand. (Are you reading this Bilbo Baggins?) 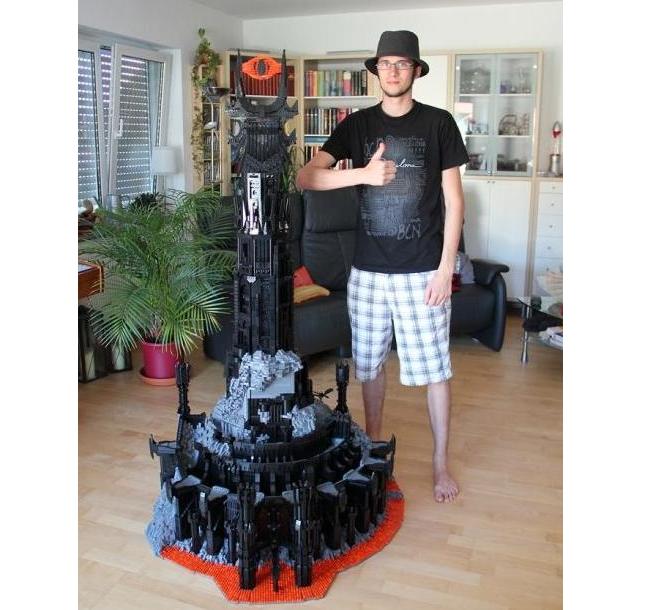 Like many Lego builds of renown, Kevin Walter’s creation is heavy on the detail and scale. We’re thinking Kevin towers (get it?) at five feet ten. Sauron’s lair is probably close.

The Sauron tower was destined for showcasing at Brickworld 2011, where it shared glory with similar wonders that bedazzled the sense of sight.

A smashing pic gallery can be viewed by opening the source link below, so take five minutes off and enjoy the (different) angles.