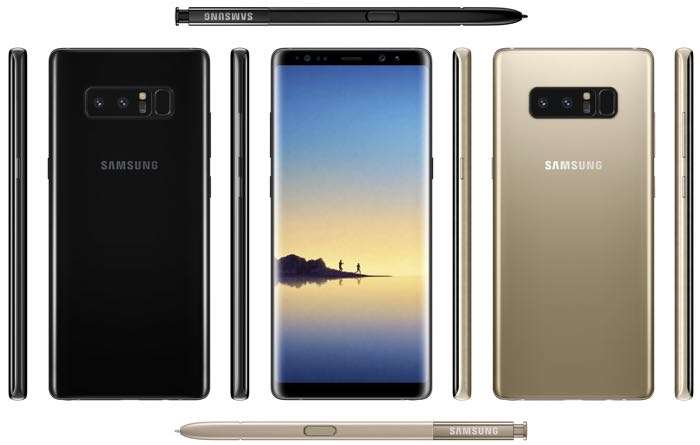 Samsung is set to unveil the Galaxy Note 8 smartphone later this month. Until now, we’ve heard almost everything there is to know about the upcoming flagship phablet, including specifications as well as the design of the handset (shown above).

Recently, a leaked image reveals that Samsung Galaxy Note 8 is expected to come with a 3,300 mAh battery. 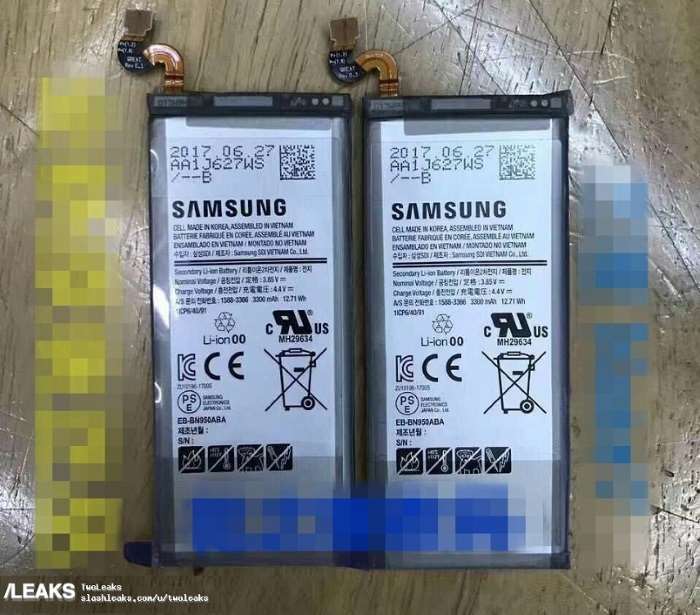 If the images are real, the Galaxy Note 8 will come with a 3,300 mAh battery, which is quite smaller than the ones introduced with the Galaxy S7 edge and Note 7. This may be because of the fiasco the Galaxy Note7 created after the devices exploded.

Rumors suggest that the Galaxy Note 8 is expected to come with a 6.3-inch display with a QHD+ resolution of 2960 x 1440 pixels, 6GB of RAM and 64GB of internal storage. The US version will come with a Snapdragon 835 processor while other global markets will come with a Samsung Exynos 8995 processor.

Other features includes a dual 12MP camera for photos and videos with optical image stabilization, a 3,300 mAh battery and Android 7.1 as its operating system. The company has scheduled an event on August 23rd where the company is expected to announce the handset. We’ll update you as soon as its officially released.