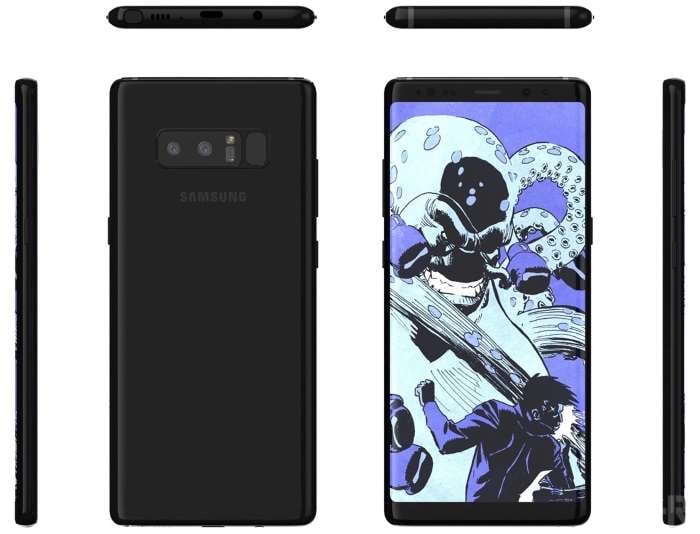 Samsung has officially confirmed that it’s going to hold its Unpacked event on 23rd August where the company is expected to take the wraps off the highly anticipated Galaxy Note 8.

Over the past few days, we’ve heard quite a lot about Samsung’s upcoming device, and lately, a press render of the Note 8 has surfaced which gives us a good look at the handset from all angles.

The leaked renders confirms what we’ve already heard about the handset including the the edge-to-edge curved display as well as a dual-camera set up on the back of the device. It appears the handset has taken quite a lot of design cues from the Galaxy S8, but in a bigger form.

Previous rumors suggests that Samsung Galaxy Note 8 will come with a 6.3-inch with a 18.5:9 aspect ratio, a Snapdragon 835 processor paired with 6GB of RAM, 64/128GB storage options, a 12MP dual-camera set up for photos and videos, a 3,300 mAh battery and ships with Android 7.1.1 Nougat as its operating system.

We’ll update you if we get to know any other interesting detail about Samsung’s upcoming flagship phablet.