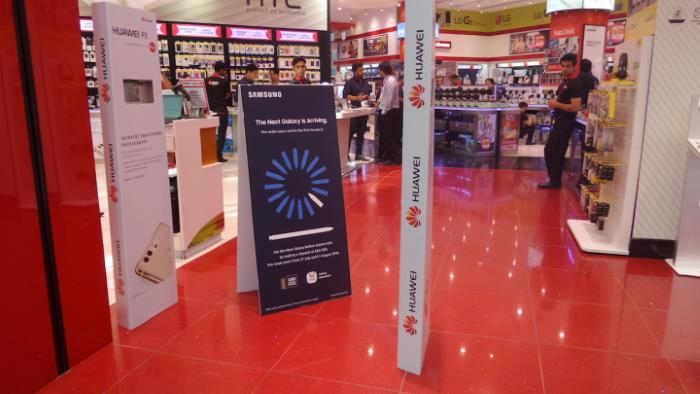 Samsung is set to unveil the next Galaxy Note 7 on August 2nd with the handset possibly going on sale the same day in several global markets.

If you’re based in Dubai and want to be one of the first ones to get the handset, there’s some good news for you. Samsung Galaxy Note 7 pre-orders are live in Dubai.

Customers interested in the handset can pre-order the Galaxy Note 7 by depositing AED 500 between July 21 and August 2nd — which is the date when Samsung will officially launch the handset.

As a quick recap, the handset is rumored to come with a 5.8-inch QHD display, a Qualcomm Snapdragon 821/Exynos processor, 6GB of RAM, 32GB of internal storage, iris scanner, fingerprint sensor, a massive 3,500 mAh battery and Android Marshmallow as its operating system.

We’ll update you as soon as its official. In the meantime, if you’re residing in Dubai and want to pre-order, do it before August 2nd if you want to be among the first few proud owners.