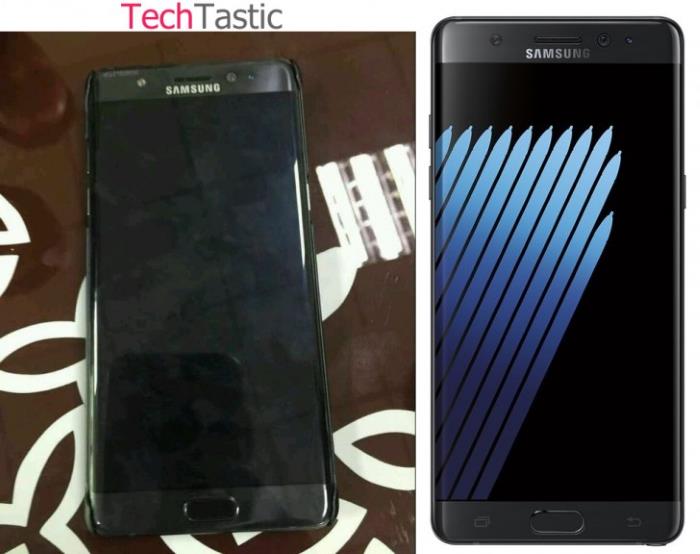 Over the past few weeks, we’ve heard quite a lot about the upcoming Samsung Galaxy Note 7, including leaked images and pricing information.

Recently, a leaked image of the purported Samsung Galaxy Note 7 has surfaced, revealing the look of the upcoming handset.

This is the first real image we’ve seen of the handset, and to make sure it’s the real deal, the press render of the image is posted alongside the image so you can check the similarities. Even if the display is not turned on, it seems this is the real deal.

The alleged handset is expected to come with dual-edge display as shown, featuring a 5.7/5.8-inch display with the processing handled by a Exynos or Snapdragon 821 processor (depending on the market it’s launched in). The handset is rumored to come with 6GB of RAM and 64GB of internal storage. The handset is said to come with a 13MP camera for photos and videos, 5MP front-facing camera and Android 6.0 Marshmallow as its operating system out of the box.

The company is expected to launch the handset in August, slightly earlier than the traditional IFA launch.We’ll update you as soon as we get any other information about the handset.