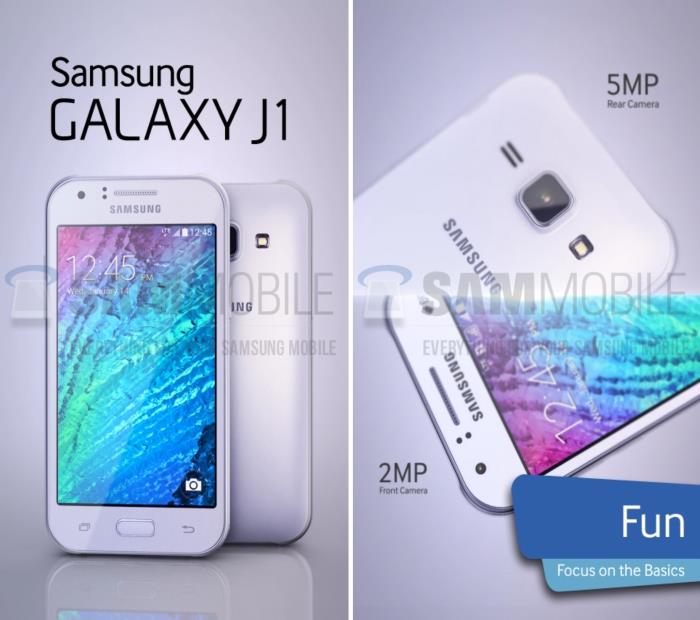 Samsung is slowly moving to single letters for their upcoming series. It all started with the Samsung A series followed by the E series.

The latest smartphone to join the list of products is the J series with the Samsung Galaxy J1, which was spotted several times in the past.

The handset made its first appearance at a benchmarking site, and later, a report revealed the complete set of specifications the handset is expected to bring at the table. The size of the device in the leaked images goes with the previous leaks, suggesting a 4.3-inch display boasting a resolution of 800 by 480 pixels, and should come with a 64-bit quad-core Marvell PXA1908 processor clocked at 1.2GHz paired with 1GB of RAM and 4GB of internal storage. There’s a microSD card slot as well for those who want more storage.

All-in-all, it’s just another budget-friendly handset from the Korean company, and is expected to see the light of the day later this week. We’ll update you as soon as its official.