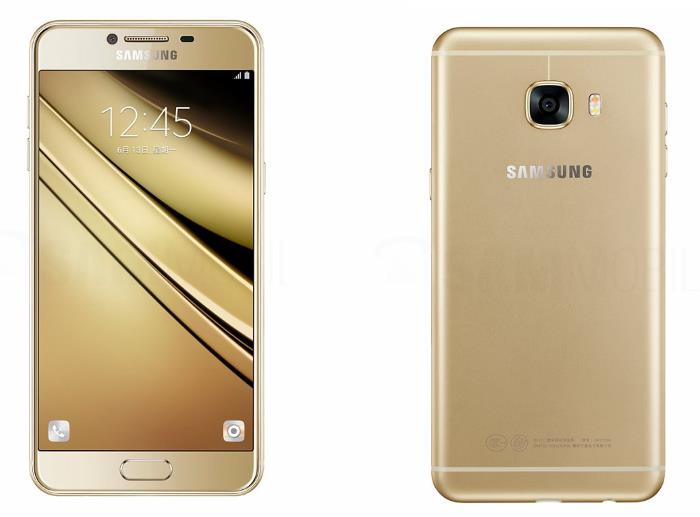 Over the past few weeks, we’ve seen a handful of rumors and leaks of the upcoming Samsung Galaxy C5 handset. The handset was spotted on the FCC and TENAA, and we even saw some leaked images of the alleged device.

Recently, some more press renders of the upcoming Galaxy C5 made their way on to the internet revealing  the available color options for the handset.

Based on the leaked press renders, the handset is expected to launch in pink, golden, white and silver color options. As for the specifications, the handset is rumored to come with a 5.2-inch display sporting a resolution of 1920 by 1080 pixels, an octa-core Snapdragon 617 SoC and 4GB of RAM.

Other leaked features includes a 16MP main camera for photos and videos, 5MP front-facing camera, a 2,600 mAh battery and is expected to ship with Android 6.0.1 Marshmallow as its operating system out of the box.

There’s no word about the launch of the alleged handset, but judging by the frequency of leaks popping up, it’s not too far. We’ll update you as soon as we get to hear anything more about the upcoming Galaxy C5, it’s launch and availability details.