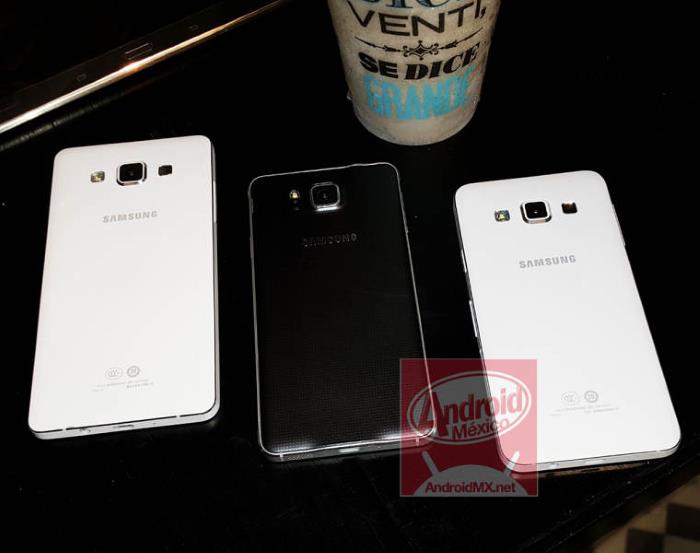 Samsung is said to be working on the new A series handsets, including a Galaxy A7, A5 and A3. The Galaxy Alpha A5 was even spotted at the FCC, which suggests that we may get to see the handset soon.

Recently, the alleged Galaxy Alpha A5 and A3 were spotted in Mexico, featuring a similar design as the Samsung Galaxy Alpha with a metallic frame.

As seen in the image above, there’s the mid-range Samsung Galaxy Alpha A5 on the left, while the entr-level Galaxy A3 is on the right of the handset. Both devices appear to be same in terms of looks, but the internals are expected to be different. Plus, there’s some sort of sensor along with the camera on the back of the device.

Previous rumors suggests that Samsung Galaxy A5 will come with a 5-inch 720p display, a quad-core Snadragon 400 SoC, 2GB of RAM and 16GB of internal storage.  The device is expected to feature a 13MP camera for photos and videos, with a 5MP secondary camera, and Android 4.4.4 KitKat as its operating system out of the box.

There are no details available about the alleged Galaxy A3 or the A7. The new smartphones are expected to launch in the coming weeks, we’ll update you as soon as we get any other information.