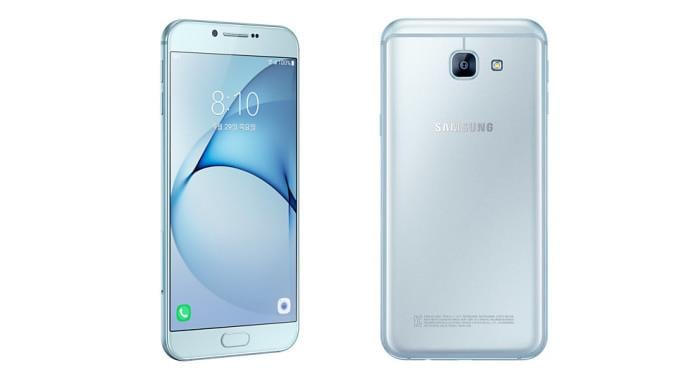 Samsung Galaxy A8 (2016) has seen its fair share of rumors in the past few weeks. We’ve seen leaked images and specifications of the handset as well.

After handful of leaks, the Samsung Galaxy A8 (2016) is officially launch in South Korea, carrying an excellent set of specifications.

As far as the design of the new Galaxy A8 is concerned, it looks quite similar to it’s predecessor with a metal build. Furthermore, it comes with an Always On display, a feature introduced with the Samsung Galaxy S7 series. As for the specifications, the handset is equipped with a 5.7-inch display sporting a resolution of 1920 by 1080 pixels resolution, a Exynos 7420 processor paired with 3GB of RAM and 32GB of internal storage.

Other features includes a 16MP rear camera for photos and videos, an 8MP front-facing camera, a 3,500 mAh battery, fingerprint sensor and ships with Android 6.0.1 Marshmallow as its operating system out of the box.

Pre-orders of the handset will commence soon the company’s home country with the blue color exclusively available from SK Telecom for 649,000 won ($580) starting October 1st. The company didn’t shed any light on the launch of the handset in other global markets, we’ll update you if we get to hear anything.