With a $2 billion nuclear-powered pod that will orbit the Earth for 15 years and rid it of debris. 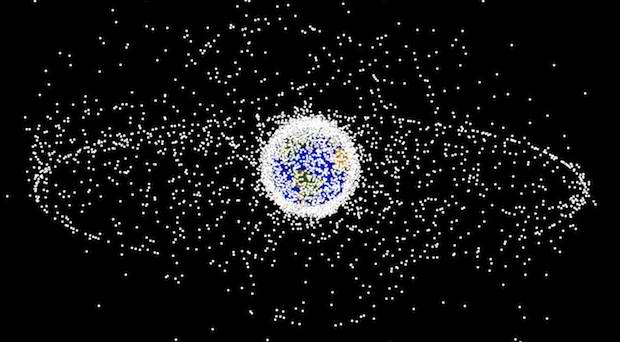 The project is an initiative of Russian space corporation Energia to reduce the potential for accidents/collisions in the dark yonder above earth. But this new project whose goal is to rid space of 600 pieces of man-made debris that threaten outbound space craft and working satellites won’t (literally) get off the ground until 2020. Energia expects it to start working by 2023 and continue for 15 years.

While details are next to nil, Energia’s space clean up amitions will be realized by a “pod” whose sole task is knocking out large debris out of orbit onto a trajectory where they’ll burn up in the atmosphere. If they don’t, Energia has another solution in store: an interceptor to track and disrupt the course of debris that risk crashing into the earth.

It’s ambitious stuff, especially the nuclear-powered part. Unlike NASA, which seems adrift at the moment, Russia once again has its sights set on casting a shadow across the Earth from outer space. While Energia’s plans are benign, some bloggers unwilling to let go of their Cold War misgivings have raised concerns about a dual role for these new spacecraft. You know, like knocking out “enemy” satellites?