Ever heard of the band HelloGoodbye? Neither have us. Apparently they’ve been tearing up stages for several years now. Life on the road is never easy, especially when you’re travelling in a bus or minivan stuffed with gear. But the dudes at HelloGoodbye just needed their videogame fix. Read more to discover their creation. 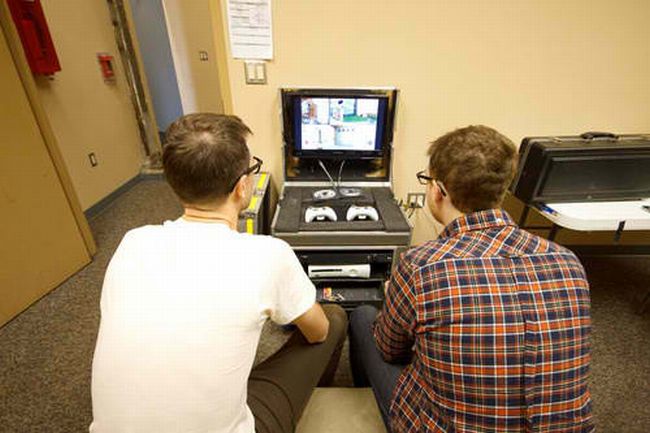 Dubbed the Mobile Gaming Unit, the portable console is the band’s pride and joy, more so because it can be opened up, plugged, and gamed on while at a venue or dressing room. The box holding it is the kind used to store gear in, like cables, effects, and stuff.

Packing an Xbox 360, a bunch of controllers, plus a 22 inch screen, the Mobile Gaming Unit is a great idea from some DIY rock n’ roll warriors who just can’t afford a decent tour bus.

You see, with tour busses there’s usually enough room for a couple of screens so presto—no problems diverting yourself with games. It’s a whole different story when you’re in a minivan. Thus, HelloGoodbye built their own solution. They say it works great on shooters like Left 4 Dead.