An elite team of scientists from Italy and other places are developing a flexible robotic tentacle for conceptual purposes. ‘Conceptual’ because we can’t really say what it’s going to be used for—a giant octopus for rescuing people, perhaps? Or maybe a research tool/toy for deep sea adventures. It’s hard to tell. 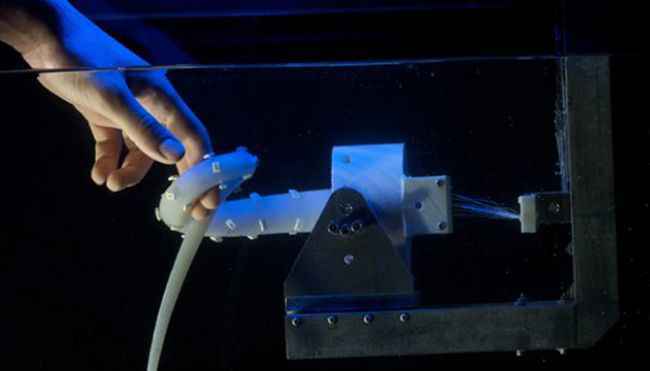 So the emerging consensus is, once a fully functional robot octopus is assembled by 2013 (a real deadline for the Italian scientists working on this project), it will eventually find itself a task. Also, the engineering breakthroughs involved—soft shape shifting tentacles—could impact several fields. Imagine surgeons using non invasive robotic tools for complex procedures on internal organs. Then imagine hose tools being made of the same material as the tentacle pictured above.

Of course, assembling an octopus robot is one thing. Building a bionic octopus is another. Turns out most sea creatures are so complex, robotics in its current state don’t even come close. But tentacles are cool though. Imagine having a couple of tentacles: there is nothing you can’t do!

Drive while texting? No prob. With tentacles, of course.