Would you trust a robot to do your haircut? This guy named Tim did, even if the results were predicted as disastrous, since hair styling is not a specialty of the said robot. 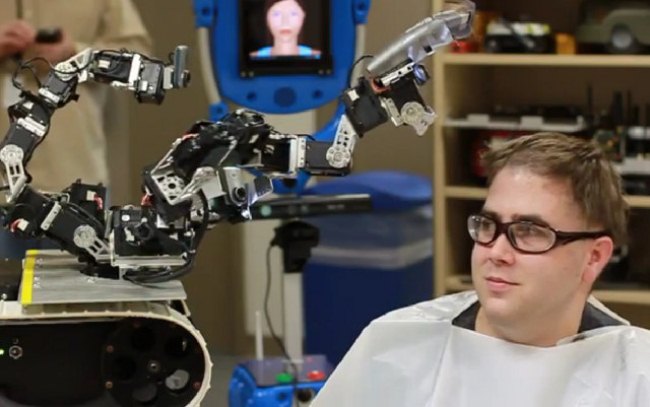 The operation was accomplished by a robot, which formal name goes “Multi-Arm Unmanned Ground Vehicle.” It is a product of Intelligent Automation Inc., an R&D group with focus on artificial intelligence. The robot’s most striking feature are its three arms, which is supposed to provide more freedom for movement and task accomplishment.

Originally, the robot is designed to check backpacks, handle tools, manipulate shovels, breach doors, tie knots, and tackle IEDs, but for the sake of charity, it shaved a guy’s head. The stunt will support St. Baldrick’s Foundation, a non-government organization working for research and treatment of cancer on kids.

Curious as to how the haircut turned out? Check out the video below for the results.