I’ll be honest – I’m not a cat person, but this bit of kitty news is pretty cool. A lab at École Polytechnique Fédérale de Lausanne has created a robotic cat – or at least the frame of one – that can run dynamically just like a house cat, even on uneven terrain.

This may not seem like big news, but the field of robotics doesn’t exactly progressive via leaps and bounds. Mimicking animal movement through machinery is an incredibly complex task. Even getting as far as the team has is a major accomplishment. The video below shows a great comparison between the robot and a real cat while one of the developers talks about their new design. 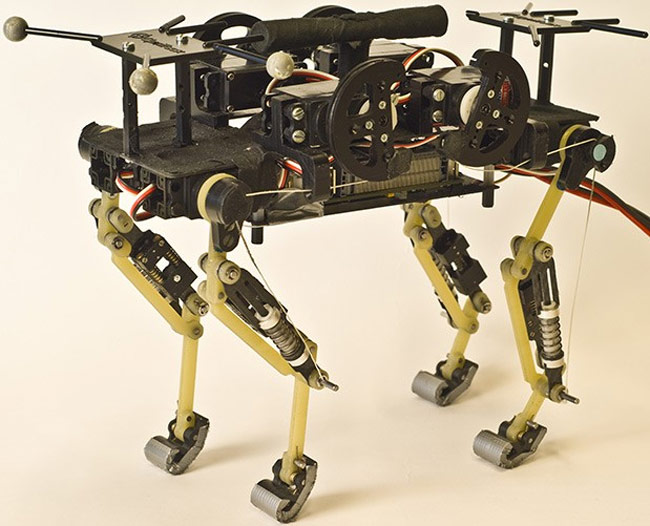 Let’s fast forward a few decades – maybe even a century – and say that robotic animals that look, feel and act like the real thing are available. Would you get a robo kitty over a real kitty to avoid having to feed and take care of it? It’d be a major time and money saver, but what would happen to the millions of house cats? Would they all turn into strays?