Billionaire Sir Richard Branson already owns a mobile phone company, a record label, an airline, a Caribbean island, and a handful of luxury restaurants, but the entrepreneur is adding an underwater plane to his collection. 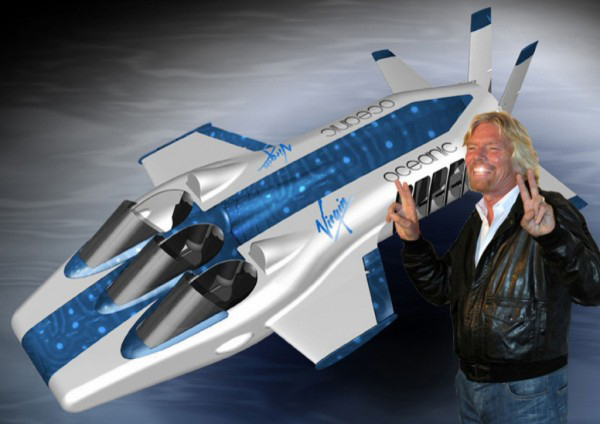 The underwater plane designed for Richard Branson is called the Necker Nymph, and is the billionaire’s latest toy. The plane can dive to depths of up to 130ft and will cost Branson around 415,000 British pounds. Although the plane only submerges to 130ft, the billionaire has lofty aspirations to eventually create a plane that explore depths of 35,000 feet.

The Necker Nymph is relatively small and can only carry three people – a pilot and two passengers. The plane can easily glide through water and will be the perfect vehicle for Branson to travel alongside whales, dolphins, and other sea creatures. The entrepreneur is also hoping to uncover ancient shipwrecks with his new toy.

The underwater plane is highly sophisticated. It is powered by fighter jet technology and is piloted with a joystick. The underwater plane is also Eco friendly and has a low environmental impact. It has low noise emissions, uses low light, and is buoyant enough to avoid interfering with fragile ecosystems. The plane was designed by Hawkes Ocean Technologies and is the first underwater plane to ever be designed. It is an entirely new class of vehicle.