I had never set foot inside a Football Stadium before the other night’s closed doors Heineken Star Player launch event. Not to watch a game, nor even to visit one of the things as I would a museum. They’re simply structures that exist, but don’t perform a function that I feel involves me, like coal mines and water treatment facilities, only less useful. 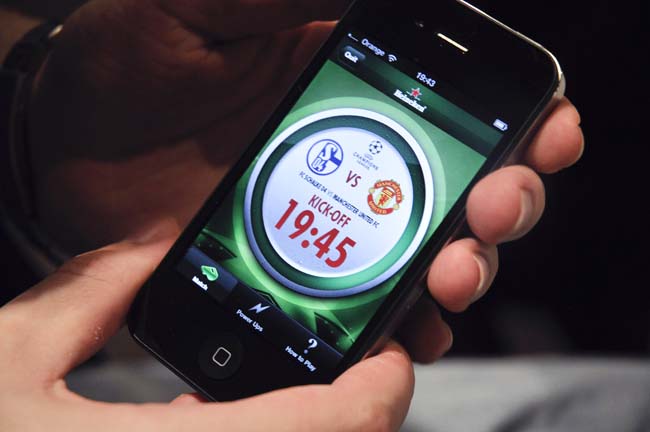 And the irony of walking into in one of the world’s most impressive ones, the Emirates, only to be watching the match on not one, but two screens at the same time, didn’t escape me. You can probably deduce how I feel about new and interesting interactive experiences on the other hand, if for no other reasons than what it says when you click on my name up yonder. What was I to make of Heineken’s bid to merge the two?

You see, Star Player is designed as a metagame to the core game of football. Key actions like corners, free kicks or penalty shots bring up a game show-style multiple choice screen where you get to guess the outcome. The main rub, though, is being able to guess whether a goal will be scored in the next 30 seconds, and you get nine chances (counting a fake power-up) to do so. Sprinkle liberally with random trivia questions about Champions League countries and of course the Heineken brand and have everyone compete against each other on points inside a league.

If it sounds incredibly straightforward, that’s because it is. I’m willing to wager about as much work went into keeping mechanics out as into those that did make the cut. Sure, there are hiccups. A lack of consistency to the type of events that you get to score on, for one thing.

Add to that occasional lag, accident-prone “Score in thirty seconds” button placement and some rather glaring game design no-no’s. No difficulty curve, no pacing, and an emphasis on skill that’s not exactly truthful. This is a game of chance for the most part, though it hides that fact well. 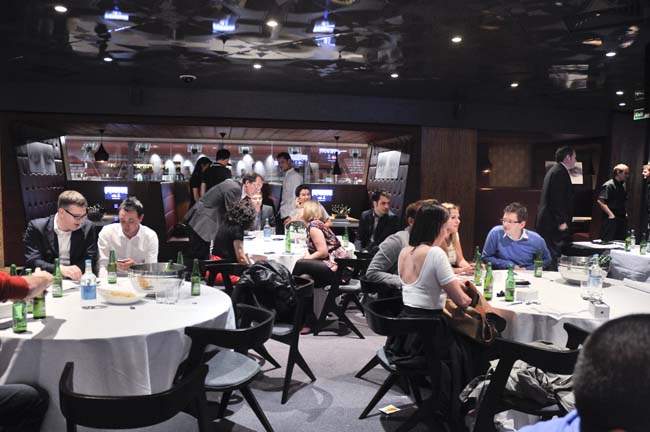 But it’s also a game that relies on football’s ancient mechanics as employed by twenty two other people and in that light its mechanics are rather hard to fault. It does one incredibly important thing, though. It gets non-football fans in on the shouting matches against the TV that watching football entails. And that’s a feat until now only achieved with epic amounts of alcohol.

There’s a lot less tech under the hood then you might expect. Sure, Heineken has a highly advanced network of super computers analyzing every second of every game and making all the decisions. But they’re more the squishy kind that get to go home to their families at the end of the day.

Heineken never called it a game, because it’s not, per se. It’s an expansion pack. It’s the Brood War of football. Make no mistake, this was coming all along, it’s just such a natural extension of the game and fits its chosen platforms so well, I’m just completely flabbergasted that it was Heineken and not EA that brought it along.

Growing up in one-TV family meant that any and all football matches worldwide were compulsory viewing, which in turn meant that the closest I’ve come to enjoying football until now was vicariously through my dad, as have, I suspect, most of us off-putting chaps who start having eye-rolling contests when the World Cup rolls around. I can’t wait to show it to my dad when I next visit and I doubt greater words of praise than that can be heaped upon an iPhone app.