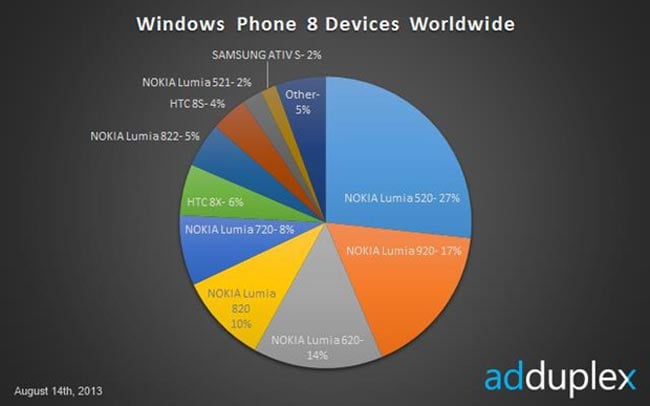 Interestingly, the report also unveiled devices codenamed RM-927 and RM-940. Both these devices are believed to large screen devices with 1080 x 1920 pixels resolution – possibly the phablet we heard about a few days back. The Nokia RM-927 is believed to be a Verizon variant while latter one belongs to AT&T. The other versions of the similar device includes RM-937, RM-938 and RM-939 which are believed to be the international model, a China Unicom and China Mobile model, respectively. AdDuplex also came across RM-955 that is believed to be a variant of Lumia 1020 for China.

It appears as if we will see a number of decent Windows Phone devices in the coming months, with Nokia being of top of the list for Windows Phone 8 devices.