The people at Eidos Interactive must be sweating like mad right now after the catastrophic hacks on two of their websites yesterday (the Deus Ex site and Eidos Montreal). The really bad news is some 25,000 email addresses and several hundred resumes risk being compromised at a file sharing site. 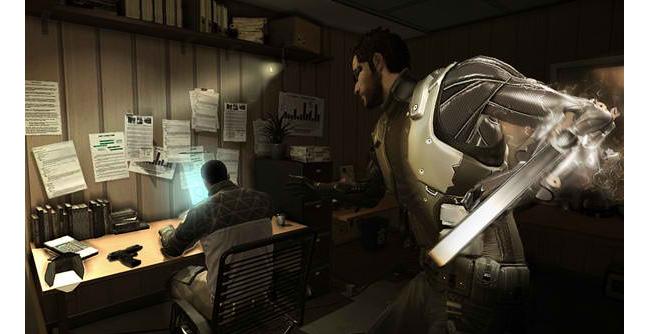 Of course, it’s unknown who exactly perpetrated this heinous act of cybercrime, but fingers are warily pointing at Anonymous, the mysterious group who rose to prominence after their dirty spat with HBGary earlier this year. Keep in mind though, when Anonymous was accused of perpetrating the Sony Playstation fiasco a while back, they flatly denied involvement. Same as here. There’s even murmurings those Gnosis guys are responsible.

A little background intrigue to flavor this distasteful story:

The hackers, Krebs wrote, said they plan to distribute the stolen information on file sharing networks. His report pegs the volume of information stolen, according to the hackers, to be the personal information of more than 80,000 users and 9,000 ésumés.

A recent Ars Technica report suggests there might be discord among members of hacking collective Anonymous, centering on a 17-year-old British hacker named Ryan. According to a chat log uncovered by Krebs, the Eidos hackers attempted to frame Ryan for the attack.

It’s unclear whether this is related to the crippling hack on Sony’s PlayStation Network several weeks ago that left millions of users’ personal information at risk. Anonymous has disavowed responsibility for that attack.

The only clue investigators have to work on is a cryptic “0wned by Chippy1337” message left on the downed Eidos site.