District 9 is one of those rare movies that knocked the world on its butt. It’s also a shining example of independent film succeeding on its own terms. If we’re not mistaken, a lot of people actually wished a full-fledged Halo movie were made with the same production values as District 9. Aside from these distinctions, it finally proved that South Africa is a viable location for movie shoots. If we’re not mistaken, the new Judge Dredd movie is wrapping up over there. 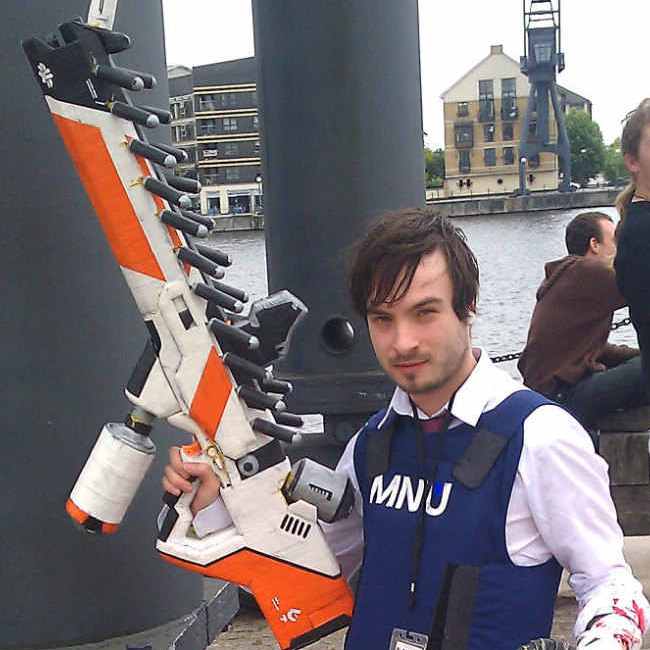 Seen above is the diehard who actually built the rifle. Not content to have a replica weapon, he completed his MNU gear and even wrapped his one arm in bandages as it faux-mutated into a prawn claw.

The rifle itself is based on a dart gun and its awesome size is a result of its maker’s dedication to accuracy. Of course, we’re not sure if brandishing this replica in public is sensible, considering current laws on weapons carrying.

The rifle is now available in that ultimate source for DIY wonders and independent craftmanship, Etsy. It’s selling for $250 plus shipping.

Time for some video evidence: