Doable as in engineers at Bristol University can build one with the exact same capabilities as the iconic Dr. Who gadget. Itself previously featured here at G-G a number of times. But that was merch, this is real.  Though we doubt it can be used to fight Daleks, cos Daleks aren’t seen in our planet except during Dr. Who conventions. 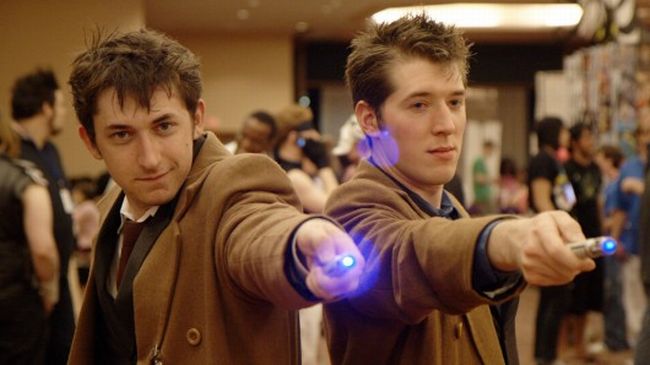 More than just bravado, the technology for the job is at Bristol U.’s disposal, insists Professor Bruce Drinkwater. (Cool name, huh?) According to the good Professor, it’s all about manipulating ultrasonic waves to produce enough force that will create a mini-tornado at the tip of a handy contraption. By ‘mini tornado’ we do mean a rather small, cyclical amount of force. Enough to unwind small stuff, you know.

The initiative being realized by Prof. Drinkwater and a team of like minded science guys at the Big Bang: UK Young Scientists and Engineers Fair is within reach so to speak, but the Professor is also quick to dash excited anticipation. Simply put, the sonic screwdriver is doable but it will take some years. It’s not as hard as creating a time machine, still, there remains quite a challenge ahead of his team.

Prof. Drinkwater: “Doctor Who is renowned for bending the rules of science. But technology has radically moved on since the Doc first stepped out of his TARDIS in the sixties. Whilst a fully functioning time machine may still be light years away, engineers are already experimenting with ultrasonic waves to move and manipulate small objects.”