At first glance you’re prone to mistake the Powertrekk for a game controller—an ugly game controller. But it’s not. As depicted by the evidence below, it’s the ultimate gadget charger for any possible gadget (provided the gadget has a USB port.) 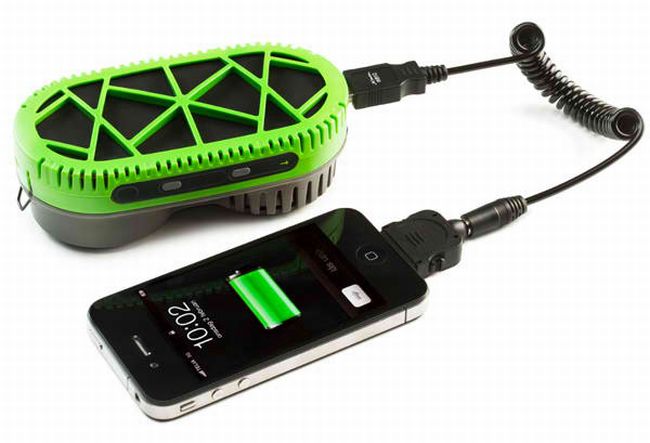 Powertrekk is designed and built for the outdoors, which explains its hydrogen fuel cell coupled with a battery pack. The sweet part is both can charge each other, meaning this baby can juice a lot of your gadgets. The Powertrekk would probably be a life saver if you’re the type of person who falls into a crevasse and gets their hand stuck under a rock. Worse, your precious iPhone is out of juice so out comes the Powertrekk and ta-da!

Okay, so maybe James Franco does deserve critical acliam for his role in 127 Hours. Movies aside, Powertrekk is a must for the gadget-inclined who move around a lot with their essential electronics.

Despite its attractive qualities, there’s no word on pricing yet. Hmmm.