Famitsu magazine interviewed Teiyu Goto, one of the external designers of the original PlayStation, to get the skinny on how the well-loved CD-based gaming console was birthed. 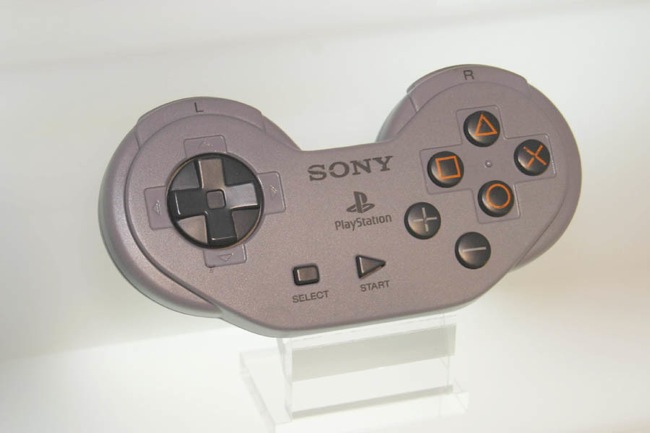 He was amazed when the first demo for the console was showed to him, at how easy it was to use the controls as well as the hardware behind the games. It was then the first gaming foray of Sony so they had tough competition in the form of Nintendo and Sega. They had to get this right to capture a good share of the market.

While the actual console was a snap with its simple design that expanded in the center for the disc drive, the controllers were a bit of a challenge. Goto commented, “…the management department didn’t want the controller to be a radical departure [from the current leader, SNES] — they said it had to be a standard type of design, or gamers wouldn’t accept it.”

Goto went against the grain and designed the controller we all know today that has a grip on both ends for stability. Even though Sony’s then president Norio Ohga lauded the design, management still didn’t like it so they reverted to the old flat controller design (shown above). In the end though, during a presentation, Goto got the last hurrah as Ohga supported him through and through and he got the go ahead for the grip design.

As for the controller buttons, the decision was to go with icons rather than colors or letters as other companies did. This was to make them simpler to remember. The triangle was for viewpoint like an arrow pointing to a direction. Square was for menus (it represented a sheet of paper). Circle was for yes and “X” was for no.

Goto certainly left a very tangible legacy with those symbols, which have come to represent the PlayStation in more than one way.