In one of those rare occasions when car and watchmaker collaborate, the Super Sports Watch bears all the sexy curves and exquisite detail that is Bugatti’s signature. 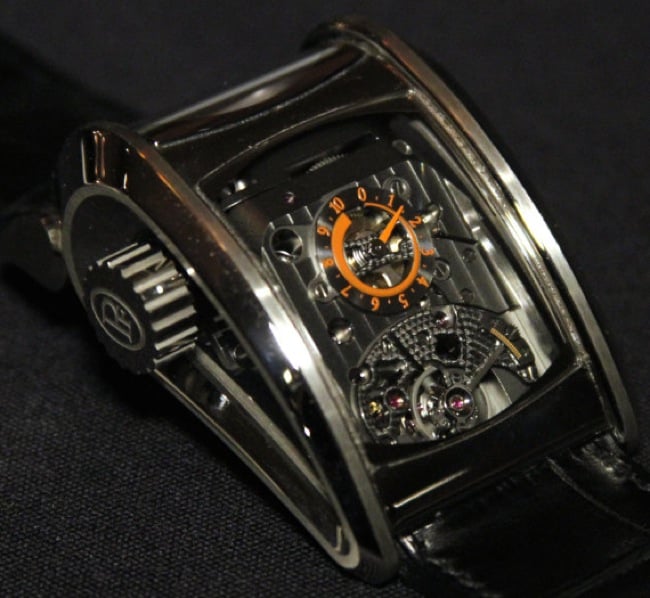 The new wrist watch is supposed to accompany the brand new Bugatti 16.4 Veyron Super Sport that has just rolled out the production line. The Super Sports Watch marks a departure from the usual Parmigiani aesthete as the design team behind it introduced several innovations that are unique to this particular model.

First, the shape of the wrist watch allows for two clock faces marked in orange. One clock face is set at a diagonal angle and another sits above it for those cursory glances at you wrist. Both clocks only display hours and minutes.

Second, this particular piece of Parmigiani excellence has no less than 370 working parts and comes with six anti-reflective sapphire crystals and an 18 carat white gold case polished to a silvery metallic sheen. Oh, and did we forget to mention it’s good for up to 10 meters of water resistance?

Third, the leather Hermes Paris strap is customizable according to the taste of the customer.

All right, so this baby will set you back $250,000 and should be bought along with a 1.2 million Euro Bugatti Veyron. The watch compliments the ride, remember? And if you don’t have the cash yet, you can save up for its early 2011 release.