Since the Japanese are so bent on creating robot surrogates, it comes as no surprise that a Japanese company is now specializing in touch; that is, the life-like imitation of human softness. Machines are just so darn cold, you know. What’s pictured below might not look like much, but it’s the Shockacube. There’s nothing shocking about what it does, since it’s meant for physical therapy robotics. 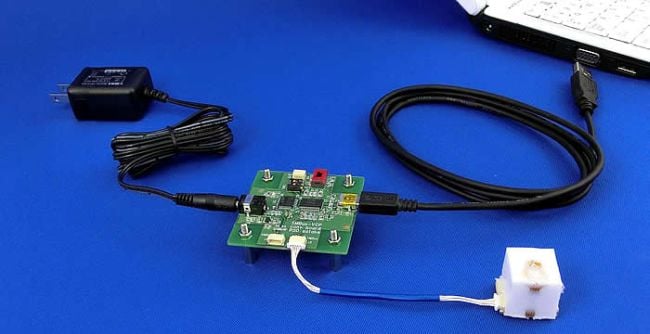 To better explain its function, see the video below:

The Shockacube B will be released next month and will soon be followed by the C variant shortly after.

With new sensations and better aesthetics than ever before, it seems robots will definitely embed themselves in our daily lives. Until they go rogue that is.

Since a BladeRunner like future lies ahead, might as well practice that ‘tears in the rain’ speech and commit it to memory. “…I’ve watched c-beams glitter in the dark near the Tanhausser gate.” What?