We mean the Atlantis, of course. After having landed safely on Earth last week, we can’t help but get misty eyed at the thought of the final shuttle mission ever. Anyway, to put our feelings to better use, here comes a special ‘expedition set’ from Lego. It’s not the Atlantis mission, but it does come close. 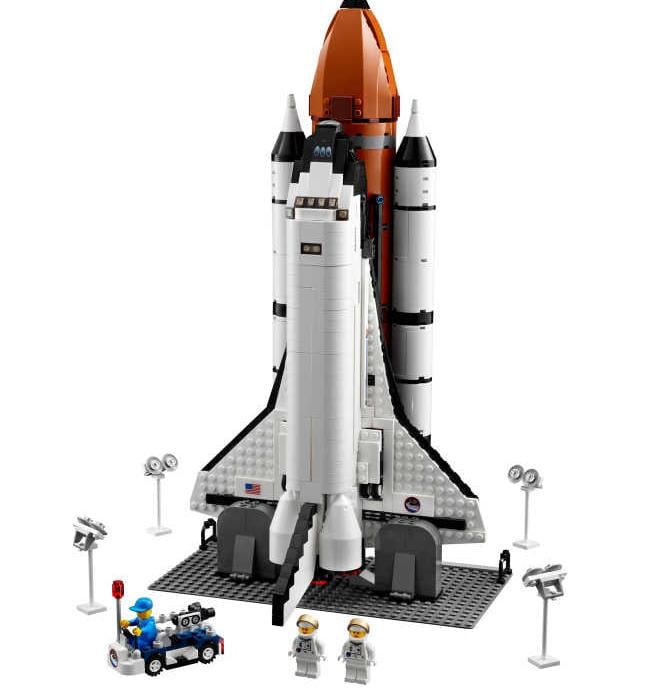 Seen below is a shuttle, two crew members, and some maintenance dude in his own car. Lego astronauts are notorious for their simplicity. These are no different and it would’ve been better if more astronauts were available. But that’s wishful thinking.

Anyway, if you’re prone to developing weird stories to suit your Lego sets, this particular expedition set could involve a shuttle and a few medieval warriors. Some of the best Lego’s are no doubt the one’s set in a medieval fantasy land. Mix them with a space shuttle and what you get are: Space Knights!

Ahem! Space Knights aside, the Lego Space Shuttle Expedition set is a 17.5 inch marvel when constructed and included detachable boosters. There’s also a satellite embedded inside the shuttle which may/or may not be converted to an orbital laser weapon.

The Space Shuttle Expedition set is currently selling for an attractive $99.99.