Photographic evidence has been leaked across the blogosphere of new cases for the next generation iPod Touch and Nano courtesy of Chinese retailer X-Doria. 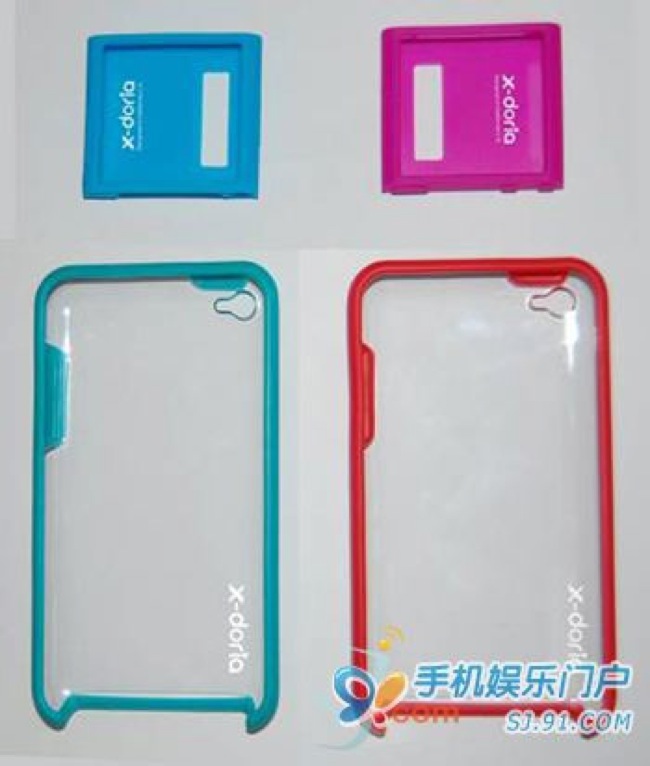 As with all Apple products, equal amounts of speculation and drooling have greeted the unassuming cases, pictures of which show them in blue and two shades of red.
If the outlines formed by each case is anything to go by, the upcoming iPod Touch won’t mark a great departure from the trademark iPod housing. But that bulb shape at the upper right clearly indicates an aperture for the camera lens.
The smaller squares resting above the cases have also fueled much discussion, as they clearly suggest the iPod Nano. Judging by its shape, one blogger expects the sixth generation iPod Nano to have a full-fledged touchscreen at the front sans trackwheel. For official confirmation however, that’s no less than five days away. Come September 1st, Apple is expected to unveil the mystery and wow the faithful.