Sports fans love statistics. Stats are the best way to measure your favorite player against your friends’ favorite players, and they’re adored by commentators and analysts as a means to explain and predict game results. Last February, the NBA finally released all the individual player stats that used to be accessible only to league and team personnel.

Because of this release of information, the NBA now has to find a way to track stats that are important to the fans. Its solution to this problem is coming in the form of a multi-year agreement with Stats LLC to use their SportsVU motion tracking system in every NBA arena. 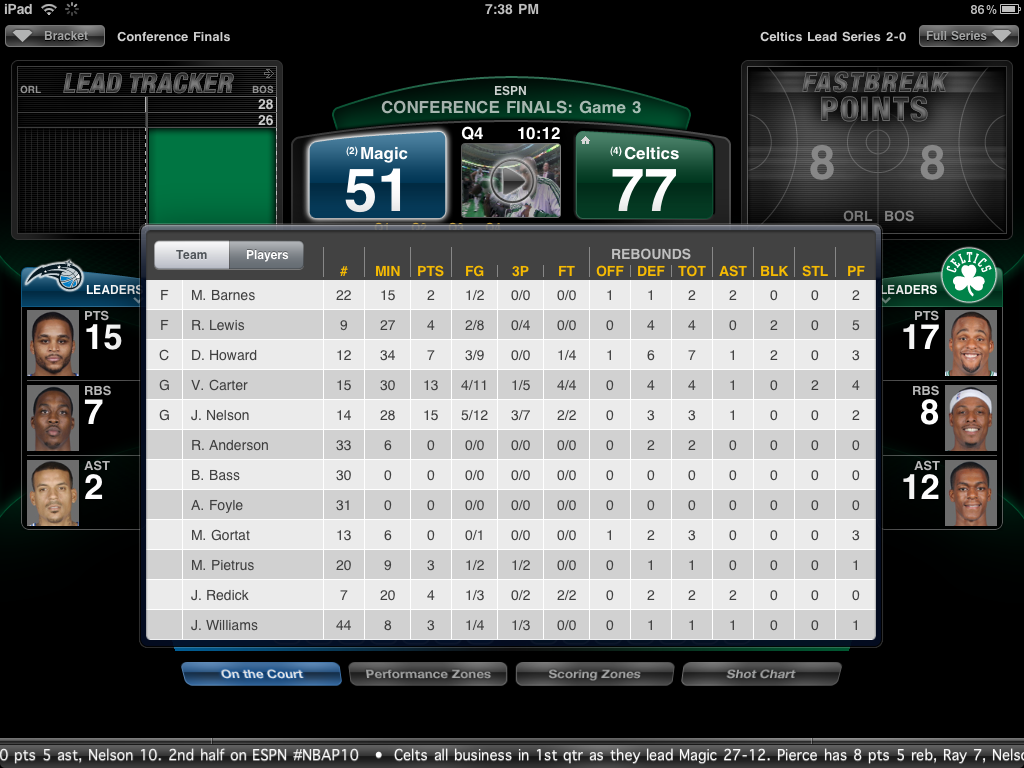 The system makes use of six cameras that create a constant stream of player data based on ball possession, proximity, speed, and distance. It’ll offer a ton of new stats that’ll make the game more dissectible than ever before.

15 teams already installed the system themselves for their own use. By the start of next season, the rest of the NBA will have them implemented as well. Next year, expect to see a lot more NBA discussion from programs like Sportscenter. ESPN might even create an entirely new NBA stat-breakdown show.

Would to watch it?