During an interview with the folks at Extra Mustard, Eutechnyx’s EVP, Ed Martin had a few things to say about their latest title, Nascar 14. Nascar 14 will bring online gameplay, allowing up to 16 players to join or create their own league and race their own Sprint Cup season.

The bad news is the game is not hitting the next-generation consoles (PlayStation 4 and Xbox One) for now as there aren’t enough next-gen consoles in the market to justify the development costs of the game. 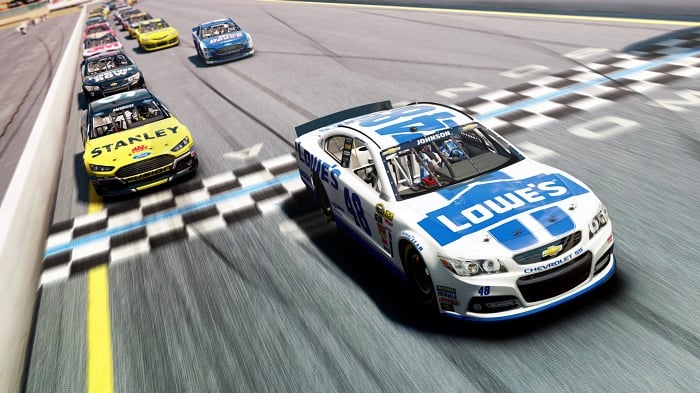 Online play is a very attractive and much needed feature as it give players the ability to test their gaming skills against players from around the globe. “Without question, this was the most requested feature. We expect hundreds of thousands of people to be running their own season,” says Martin.

He further stated, “We took a good, hard look at it, but there just isn’t enough hardware out there yet to justify the cost of development. The nail in the coffin was when a guy from Sony talked about Gran Turismo, and how their new game was launching on PS3. He said something like, ‘Why would we put Gran Turismo on a console that has zero units in the market when there are 150 million PlayStation 3s out there?’”

Well it makes sense actually, the development costs of these types of games are in millions of dollars, and compared to Xbox 360 and PS3, there’s aren’t enough next-generation consoles in the market. “It costs us about $6 million to develop a next-gen version of NASCAR. You have to sell an awful lot of copies in order to meet the development costs, on top of all the licensing. There are about 4-5 million worldwide combined units of PlayStation 4 and Xbox One, so it just doesn’t add up for us right now. We own the rights, and we absolutely have plans, but it won’t be later this year,” Martin said.

The company does have plans to launch the game on PlayStation 4 and Xbox One, but it will happen when there are enough users of the consoles. The game will launch on both Xbox 360 and PlayStation 3 on February 18th for a suggested retail price of $49.99.