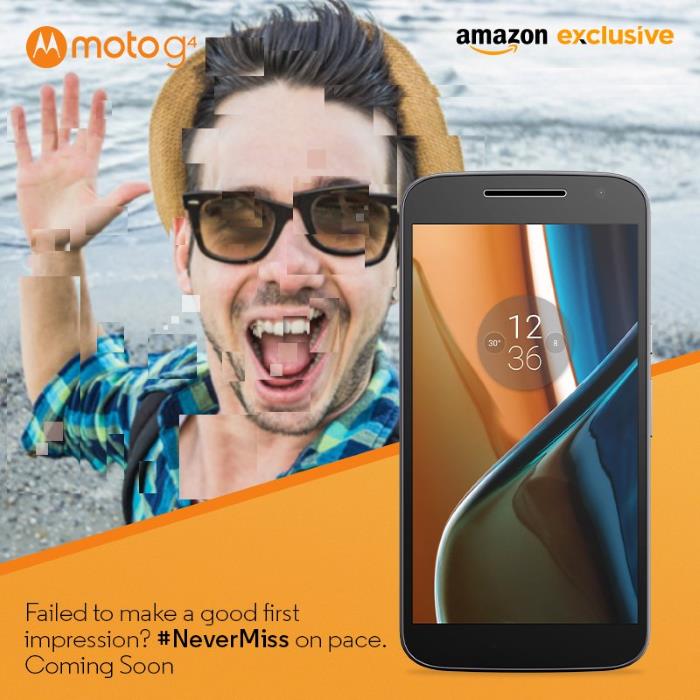 Not too long ago, Motorola introduced the all-new Moto G4 and Moto G4 Plus which are expected to launch in several markets later this summer.

If you’re based in India and are anxiously waiting for the new Moto G4, there’s some good news for you. Motorola India announced the new Moto G4 is set to launch in the country on June 22th.

The posted also mentions, as expected, that the new Moto G4 will be exclusive to Amazon India in the country, similar to the Moto G4 Plus which launched earlier in the country.

The new Moto G4 comes with a 5.5-inch display sporting a resolution of 1920 by 1080 pixels, and is powered by a Qualcomm Snapdragon 617 processor. The handset also features 2GB of RAM, 16/32GB of internal storage, a 13MP camera for photos and videos, 5MP front-facing camera, a 3,000 mAh battery and ships with Android 6.0 Marshmallow pre-installed out of the box.

There’s no word about the pricing of the Moto G4, but it shouldn’t be too expensive. We’ll update you as soon as we get to know about the price of the handset in India.