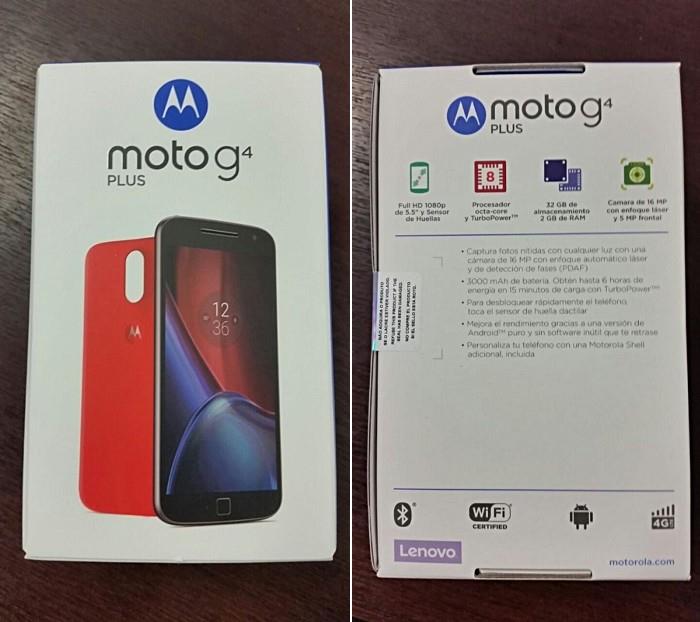 Over the past few days, we’ve seen a handful of leaks about the upcoming Moto G4 and Moto G4 Plus. Yesterday we saw a press render of the alleged Moto G4 and today we have something more to share.

Some images of the retail box of the upcoming Moto G4 Plus made their way on to the internet, revealing the specifications it will come with.

For starters, the Moto G4 Plus will come with a fingerprint sensor embedded in the home button as show in the front of the box above — the simple Moto G4 will apparently not feature a fingerprint sensor. As for the specifications, the alleged Moto G4 Plus will come with a 5.5-inch display sporting a resolution of 1920 by 1080 pixels, and will be powered by an octa-core processor paired with 2GB of RAM and 32GB of internal storage.

Other features listed includes a 16MP rear camera for photos and videos, 5MP front-facing camera, and ships with a massive 3,000 mAh battery on board. In addition, some live images of the handset with the protective film were also leaked as shown below. 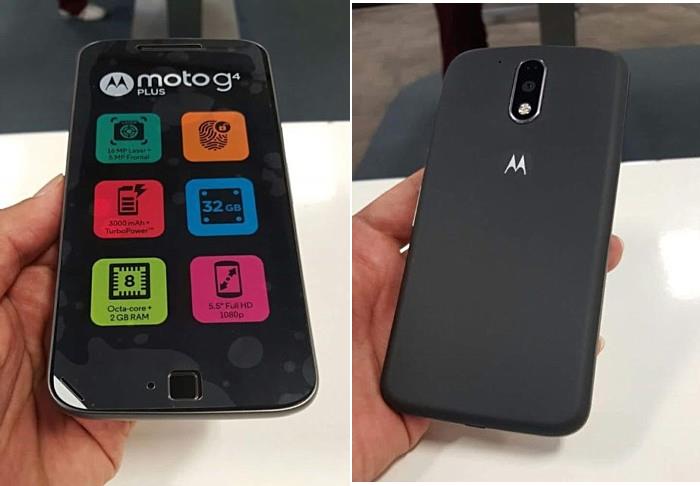 Both Moto G4 and Moto G4 Plus are expected to launch later today at a press event in New Delhi. We’ll update you as soon as the handsets are officially announced.