Yes, you read that right and that’s Windows 8, not Windows Mobile 8, as in the real desktop deal. Microsoft has offered the first glimpse of the next incarnation of its flagship OS during the D9 keynote and it’s pretty much what everyone expected… Windows Phone 7. Or rather, its touch-oriented interface, which Microsoft has deeply integrated into the fledgling Windows 8. 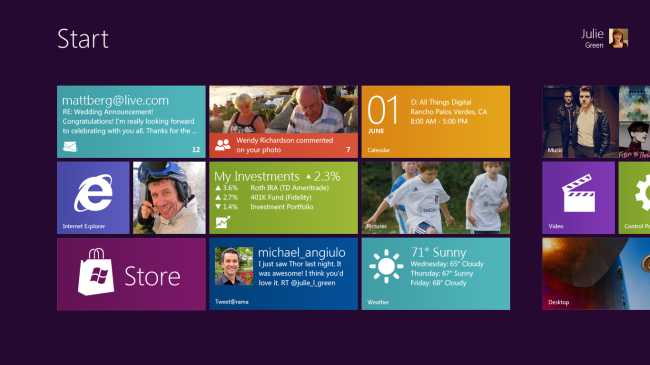 The application environment is set to change as well, with HTML5 and Javascript-based web applications given free rein alongside traditional desktop apps. Windows 8 will apparently spearhead Microsoft’s big tablet push as well as landing on laptops and desktops. In fact, from where we’re sitting, seeing it merge with Windows Phone 7 at a certain point ice Cream Sandwich-style doesn’t seem all that far-fetched. As previously reported, the OS will support both ARM and x86 processors and will come with its very own App Store. Not a flying car in sight, but you have to admit it still feels like the future.