We’re about to finish out the 11th day on Twitch Plays Pokemon and quite a bit has happened since I last broke the story a week ago. Seeing as how it’s an ongoing social experimentation phenomenon that’s likely going to be the biggest gaming story of the year, I thought I’d update everyone on what has taken place thus far. 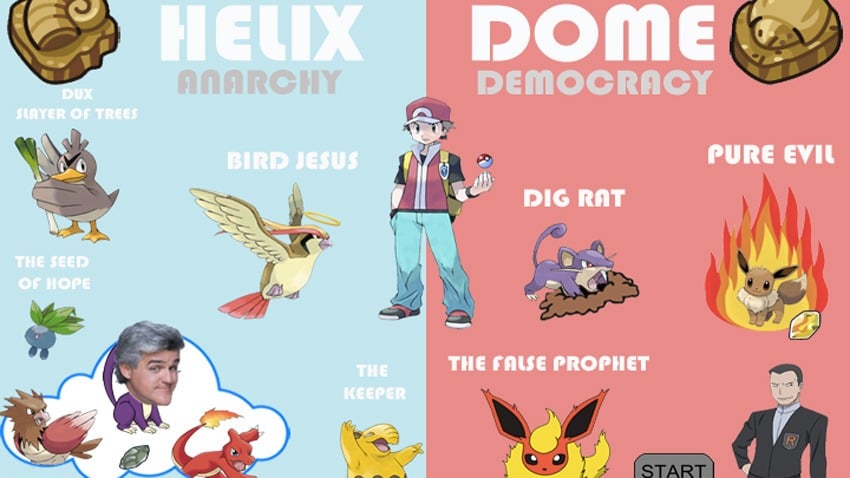 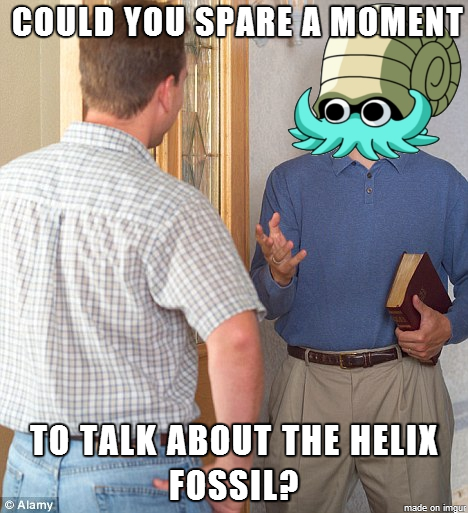 The biggest spot of news is the implementation of the Anarchy-Democracy system. Commenter can now vote for Anarchy and Democracy through the chat by typing either and pressing enter. Anarchy is the old way of doing things – people input commands all at once and Red goes haywire. Democracy implements a voting system – every ten seconds the command that was input the most is performed and you can even vote for multiple commands like “Down2”, which will cause Red to move down twice.

The system was added to make the more difficult puzzles in the game a bit easier and to alleviate the chaos of 100,000 people vying for control of Red all at once. Now half the people input votes for Anarchy or Democracy instead of actual commands.

Whenever enough votes are input for one system over the other the system switches. Although it mostly stays on Anarchy because that’s the method the Order of the Helix has chosen.

We’re 6 badges in, somehow managed to catch a Zapdos, and have released more Pokemon than everyone who has ever played Pokemon Red combined. A Biker said YOLO, we got through the Safari Zone, and deposited Bird Jesus (our strongest pokemon, which is Pidgeot) into the PC.

A lot more has happened, including universities all over the US starting to preach the Gospel of The Helix Fossil and the creation of more internet memes in a week than anything else has cause in a year, but that pretty much sums things up.

As a final note, I would just like to point out that we here at Geeky Gadgets broke the story of Twitch Plays Pokemon first!

You may now resume watching 100,000 people fail to understand how delay/lag works, or whatever else you were doing.