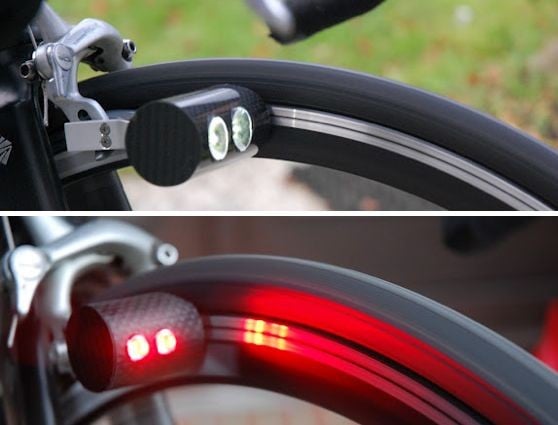 A dynamo light doesn’t need batteries since it’s powered by the motion of your rear wheel so you don’t have to think about detaching it from the bike, replacing AA’s or charging it. The disadvantages though are a bit of a slow down due to the transfer of energy, the necessary attachment of magnets to the wheel rim and the friction that causes deceleration for the bike. It also dims out when the bike isn’t in motion.

One German Kickstarter project wants to do away with some of those disadvantages and make the best bike light known to man. Dirk Strothmann is trying to get his new Magnic Light product through the crowdfunding site with a new take on the dynamo light.

Without getting into too much technical details, suffice it to say that no additional magnets are needed for this device. Just stick it beside your wheel and you’re good. It doesn’t even touch the wheel itself so no perceptible slow down will occur during your marathons. It’s also all-weather, all-terrain and works with aluminum wheels.

If you want to get your own or just want to support the project, head onto the inventor’s page below.