Machinarium, the robots-in-space point and click adventure that made its name on Steam and recently PS3 is gracing yet another Sony platform. The game is landing on the US PlayStation Store March 26th and will set you back $6.99. What you’re getting  for your money is  and “even better” version of the game than previously. 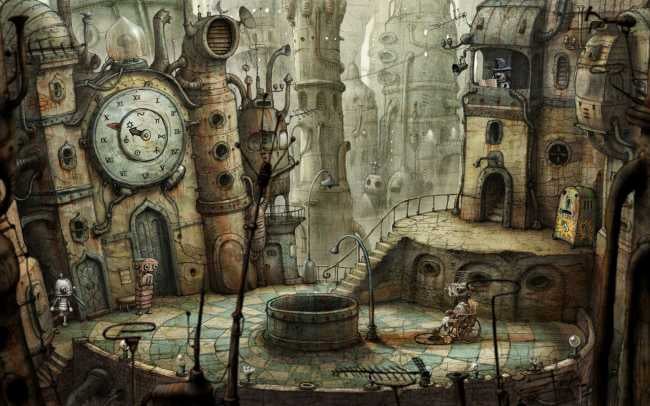 “The Vita version makes no compromises,” developer Jakub Dvorsky of Amanita Design claimed on the Us PlayStation blog. “In fact, it’s even better! It includes all the enhancements from the PS3 version, but we’ve added some new features to complement PS Vita’s capabilities. You can now control the game not only with the system’s analog sticks and buttons, but also directly with your fingers on the touch screen and rear touch panel. We’ve improved the zoom feature too, so it’s more convenient to play the game in a portable capacity.”