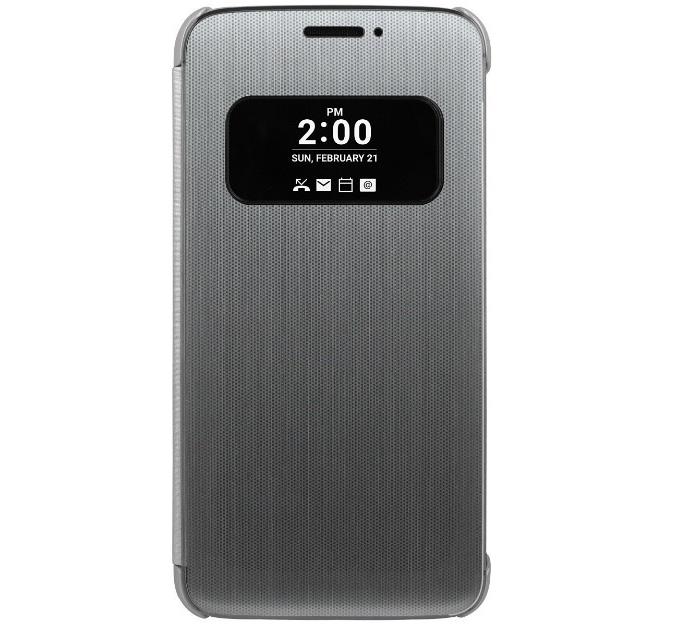 We already know that LG is set to introduce the highly anticipated LG G5 later this month in Barcelona, and have teased the “always-on” display for the handset.

Now, ahead of the launch of the LG G5, the company has introduced the touch-enabled Quick Cover for the LG G5 (as shown above).

LG said in a press release that the Quick Cover offers some added features, including the touch function which was present in LG K10’s Quick Cover, allowing users to answer calls and control alarms without opening the smartphone cover.

Additionally, thanks to the always on display teased earlier, LG says users can check date, time and notifications from the window of the quick cover on-the-go.

Rumors suggests we’ll see 4GB of RAM, Qualcomm Snapdragon 820 and Android 6.0 Marshmallow as its operating system out of the box. We’ll update you if we get to hear anything more about the alleged device.