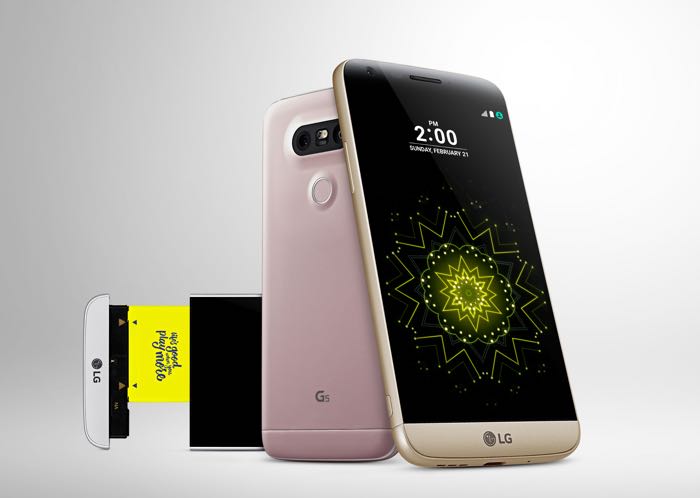 Earlier this week, LG released their latest flagship device, the LG G5, at a press event at the Mobile World Congress 2016.

All major US carriers have confirmed that they’ll carry the LG G5, but didn’t give out any availability and pricing details. Additionally, Best Buy has also announced that the pre-orders of the LG G5 will commence on March 18th in the US.

LG G5 is a modular smartphone, which means that you can connect additional accessories with the handset. It boasts a 5.3-inchdisplay sporting a resolution of 2560 by 1440 pixels, and is powered by a Qualcomm Snapdragon 820 processor paired with 4GB of RAM and 32GB of internal storage. There’s a microSD card slot if you’re in need of extra storage for your device.

Other features includes a 16MP camera for photos and videos, a 5MP front-facing camera, a 2,800 mAh battery to make sure there’s enough juice for the handset and ships with Android 6.0 Marshmallow as its operating system.

Anyone interested in picking up the LG G5 when it officially hits retail in global markets. Let us know using the comments below.