Unlike sappy alien movies of a bygone age (E.T., Close Encounters of the Third Kind, etc.) District 9 climaxed at an awesome scale. The main characters raided an arsenal of prawn DIY weaponry—including this ARC rifle—and fled to the Prawn slum, only to come head to head with an army of private security. What ensued was a savage gun battle… 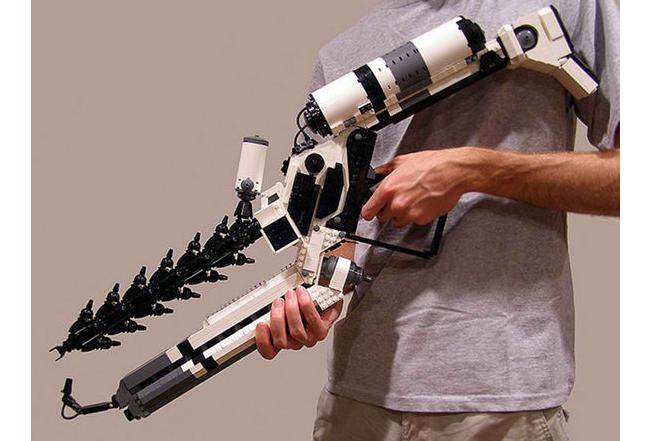 Okay, so this isn’t a film review. The point is some dude at Flickr called Legohaulic just made this awesome replica of the ARC rifle and it’s sweet. And precise. The details alone are freaking incredible. Mr. Legohaulic has done  some other cool stuff and it’s not a waste of time to behold his creations.

We promise, you’re gonna love the gamed themed works like Halo and Portal.