Keep in mind what’s pictured below isn’t our lovely moon after it’s been zapped by a shrink ray. Shrink rays don’t exist. There aren’t Decepticons buried under the moon dust either. Seen below is a creation by Nosigner, a Japanese design studio. The Lunar Lamp is a 3D orb illuminated by a LED bulb. It’s supposed to commemorate the tragic earthquake-tsunamio that struck Japan in late March. 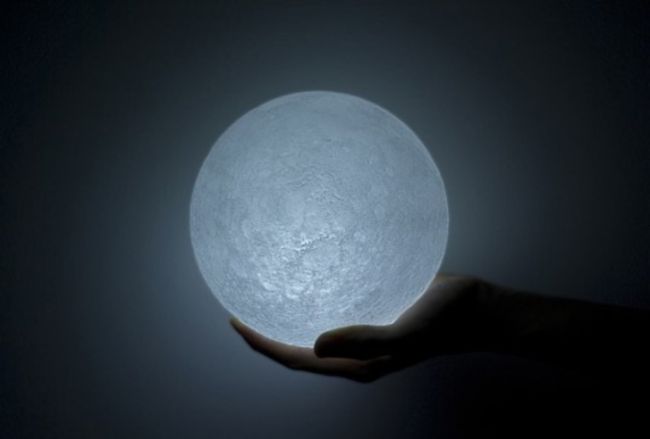 The lamp was exhibited at a Los Angeles design event and the creator of the lamp intended for it to symbolize the super moon. The super moon was the peculiar lunar state when the tsunami struck.

It’s impressive detail was provided by satellite, allowing the designers involved to accurately map the lunar surface, contourous craters and all.

The LED lamp is ultimately a symbol of hope for a nation rebuilding itself.

Of course, this handy moon has nothing to do with the new Transformers movie.