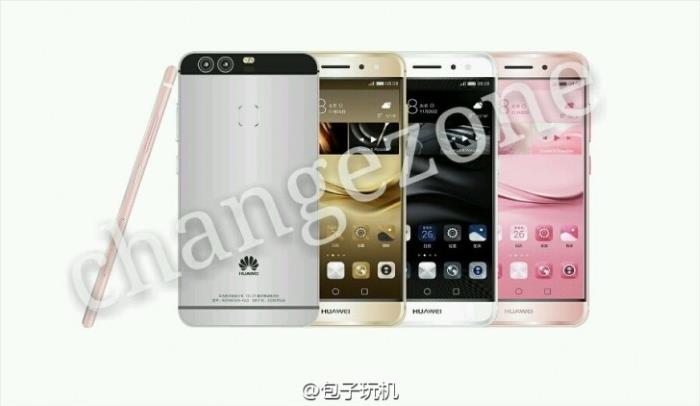 Huawei is reportedly working on the next flagship device, which the company is expected to introduce later this month at the Mobile World Congress in Barcelona.

Recently, some images of the alleged Huawei P9 were leaked from Chinese shores, giving us a glimpse of what the handset may look like.

Obviously, these aren’t from official sources, but some of the things shown in the press renders are something we’ve heard of in the past, including a dual-camera setup on the back, as well as a metallic build. The leaked render hints that Huawei plans to launch the alleged flagship in four different colors, as well as a fingerprint sensor for better security.

The alleged handset is expected to come with a 5.2-inch display, a Kirin 950 SoC, 4GB of RAM and Android 6.0 Marshmallow out of the box. We’ve seen some rumors hinting at 6GB of RAM, but that may be a little unlikely.

Huawei has sent out press invites for its event at the Mobile World Congress 2016 in Barcelona, we’ll update you as soon as the company officially announces the new devices.