Gmail for Android is one of my personal favorites. It’s one of the best email client I use to get all my emails. According to a new leak, the official Gmail app for Android will soon get a new update that brings a bunch of new features as well as a new UI.

The UI looks a lot elegant compared to the current version, as well as a new pinned system and the ability to temporarily quiet an email notification. 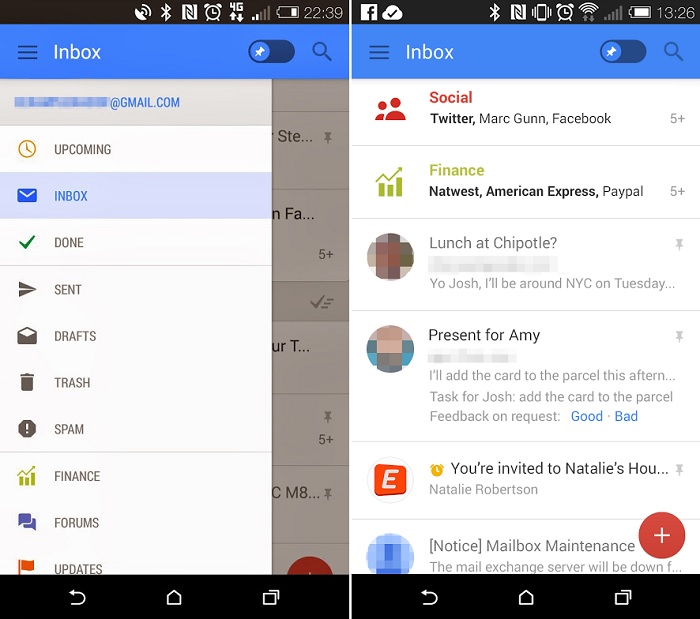 According to the folks at Geek, there will be more tabs, including Travel, Finance, Purchases, along with the usual Primary, Social, and Promotions. Additionally, users will also be able to pin images which will let the email float on top of your inbox, along with a toggle button to let you view the pinned emails as well as unpin them to make them go back to their original place. The latest update will also allow users to snooze an email for a specific amount of time, depending on the users’s needs.

We want our readers to take this with a pinch of salt, as it’s not an official app, and is not confirmed to reach end users. It could be that Google is just testing out new features, and since the company revamped its Android app last year, it might be a little difficult, but you never know.