The KINGK N99 is a mobile phone that hails from China. The phone features unusual visual aesthetics including a round LCD screen. The screen and the phone itself is unlike many other phones that are currently on the market. The phone would be considered a novelty. 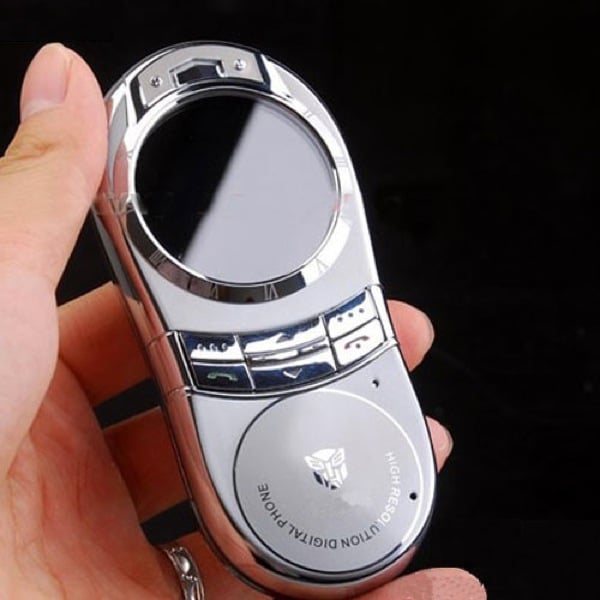 The phone also comes equipped with a 1.3 megapixel digital camera. The KINGK N99 has a shiny steel body and the keypad of the phone is concealed beneath sliding metal doors.

The shiny metal body has a Transformers logo and the Nokia brand engraved across the phone. Some other features of the phone include Wi-Fi technology and Bluetooth; the phone will also support music and video in multiple formats and also has an alarm clock, four games, and a pretty large telephone directory.

The phone only works with a GSM network. Individuals can check with their local provider to see if the phone will work with their mobile carrier before purchasing the KINGK N99 Phone. Although the phone will not work in areas other than China and India, individuals that are still interested can pick up the phone for $158.