Sure, the Japanese just love consumer items; the cuter the packaging the better. But this newfangled cooling gel borders on the utterly strange. Cooling gel seems to be a growing trend in Japan, especially for the male demographic. It’s geeky as hell for sure, ut does anyone wonder about the chemicals they’re exposing themselves to? 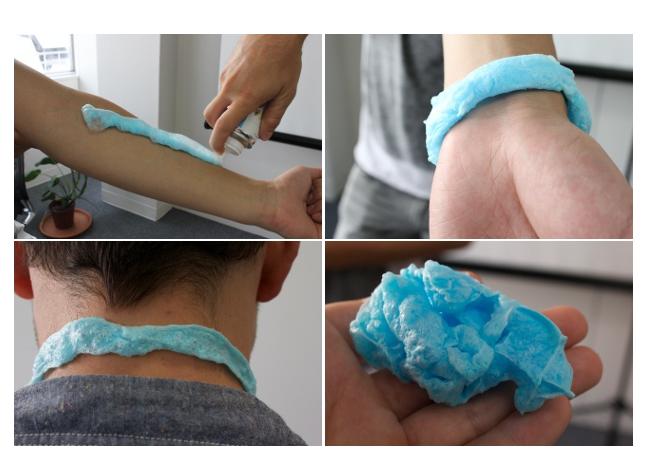 The blue stuff you see on the picture above is Hokokkyu Monogatari, a James Bond-ish foam that can be molded into various shapes. Also, it makes you cool off on sunny and oppressively humid days.

There’s an entire genre if you will of Japanese cooling products and they’re mostly attractive. Problem is you can’t seem to shake off a lingering suspicion that they might contaminate you with harmful chemicals.

Dudes, ever thought of standing in the shade? That’s the problem when trees and other greenery aren’t available in public places anymore. It just sucks during summer.