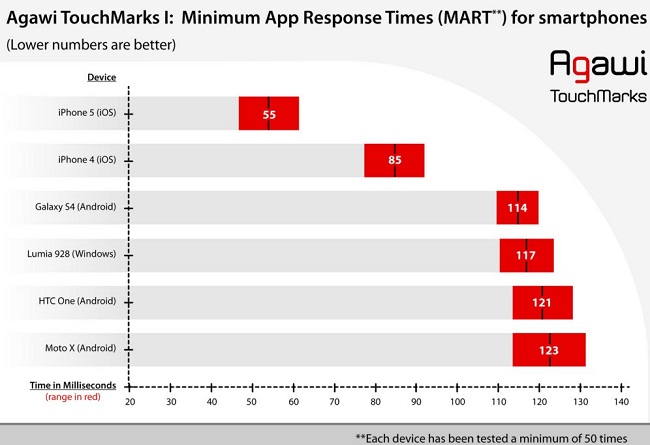 “App responsiveness is judged by how quickly the app can respond to your inputs,” said Rohan Relan, co-founder and CEO of Agawi. “Smartphones with touchscreens that have lower MART scores feel snappier. This is probably why, to many users, the iPhone keyboard feels more responsive than an Android phone keyboard.”

The interesting thing is that the firm also tested the two-year old iPhone 4, which appeared to perform better than the current Android and Windows Phone devices, and managed to score 85 milliseconds on the benchmarks.