It’s a two-door three-seater that looks more like one of Batman’s fancy futuristic toys than one of today’s cars – yes, I’m talking about Nissan’s new BladeGlider. It isn’t just designed to look good though. The BladeGlider is Nissan’s attempt at an electric sports car that’s more revolutionary than its choice of energy or sleek outer design.

The car is fit with butterfly doors that move the middle seat towards either side depending on the door that’s opened. The front seat is fitted smack dab in the middle of the vehicle and makes use of an Indy-style steering wheel that moves forward when the door is opened, making exiting the vehicle a breeze. 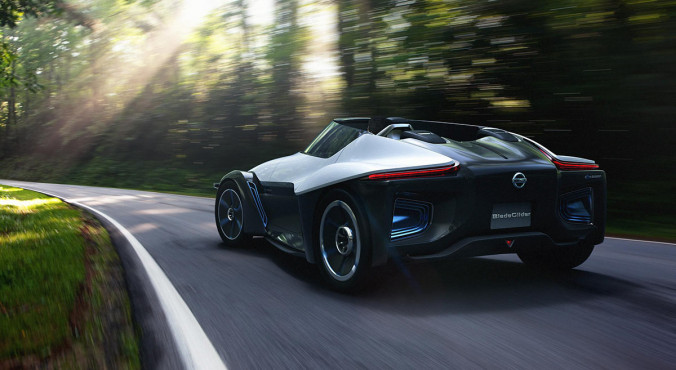 The company isn’t saying much more besides that its design uses less energy than the Leaf EV and calling the vehicle an “exploratory prototype”. It’s still going to take a bit longer before anyone will be able to buy the vehicle, but it’s set to be unveiled at the Tokyo Motor Show later this month. Hopefully there will be more information available after the show’s conclusion.

I want one. I really couldn’t care less about the rest of the car’s specs. It looks stunning and like it has some serious getup-and-go, which is all I need to know. Too bad the price is easily going to be well into six figures.