Rest assured neither the actor who played Robocop in those timeless films, nor a real-life cyborg cop, nor a new movie is coming to Detroit. Nuh-uh. The Robocop coming to Detroit is a glorious statue of the iconic crime fighter. 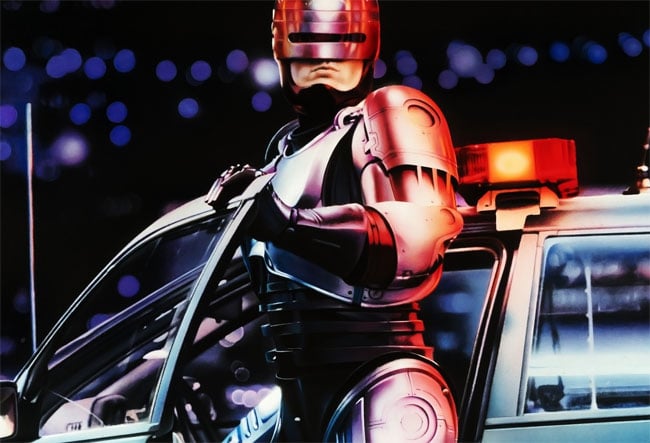 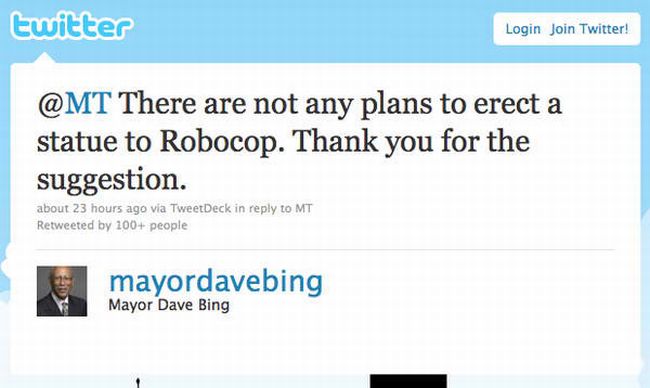 The tweet above is solid evidence of the odds this little project faced at the onset. To think it all began with a harmless and rather oddball tweet from some dude who doesn’t even live in Detroit. Earlier this month a Massachusetts native tweeted the Mayor of Detroit that a Robocop statue would be great in the city in elegant prose that read:

“@mayordavebing Philadelphia has a statue of Rocky & Robocop would kick Rocky’s butt. He’s a GREAT ambassador for Detroit.”

To which mayor Dave Bing replied:

“@MT There are not any plans to erect a statue to Robocop. Thank you for the suggestion.”

That refutation (a refusal and repudiation combined) spawned a viral campaign that sought to raise $50,000 for the statue. To think the organizers were able to meet their budget in a matter of weeks thanks to a Kickstarter page that chronicles the whole drama. Read for the full no-hold-barred epic narrative.

So it’s official then, Robocop is coming to the Motor City!